Suicide Mousegee is a fakegee who lives in the Suicideverse. He was made when somebody tried to clone a Suicide Mouse film and a Weegee. He can make anybody commit suicide. He is usually humorous, but when provoked, he can become very dangerous.

"So you've chosen death, but don't worry, it's like self-destruction 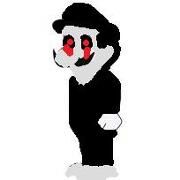 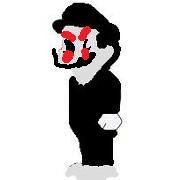 Suicide Mousegee 5.0 (Credit to TehNewDolan for making the pic, and credit to Russmarrs2 for making it transparent) 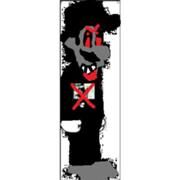 Giraffgee, one of his victims

Owli, one of his victims